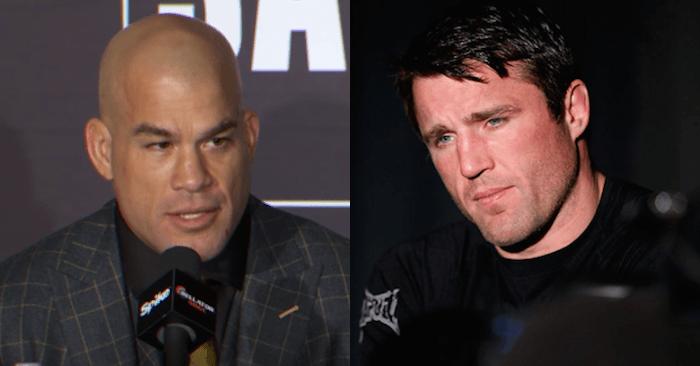 Tito Ortiz left his gloves inside the cage on Saturday night after he made quick work of Chael Sonnen in the main event of “Bellator 170”. The fight lasted all of one round and saw Ortiz submit Sonnen with a rear naked choke and crank combination. In the weeks leading up to the fight, Ortiz and Sonnen traded trash talk back and forth but it appears that “The Baddest Man on the Planet” got under the skin of “The People’s Champion”.

Ortiz told Fight Hub TV that he is expecting a public apology from Sonnen: