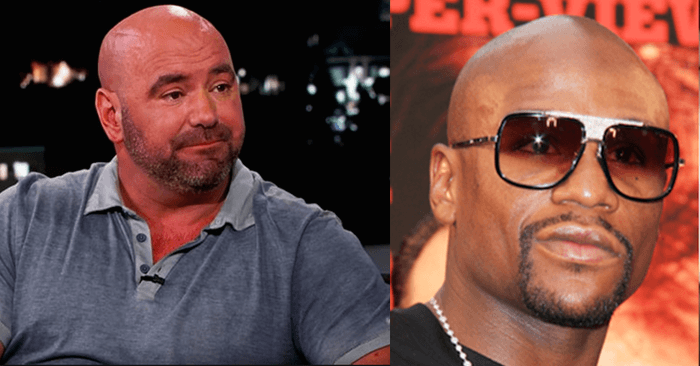 Ultimate Fighting Championship President Dana White shocked the world when he revealed he would be willing to offer $25 Million to boxing’s Floyd Mayweather just to get him inside the octagon for an eventual scrap with Conor McGregor. While the number rubbed a lot of current active mixed martial artists the wrong way, analyst Jon Anik took a different view on the subject.

Anik sat down with Bruce Buffer on the “It’s Time” podcast and opened up about how Mayweather actually needs the UFC more than they need him:

“I feel like everybody focused on Dana White saying $25 million. But they really should’ve focused on what else he said, which is the fact that the biggest fight Floyd Mayweather has right now, is Conor McGregor. That’s the fight he needs. There’s really no other fight for Floyd Mayweather right now that going to command 2, if not 3 million pay-per-view buys. So tell me who needs who?”

“Certainly Conor could realize the biggest payday of his career, but he can fight Nate Diaz and all these other guys, and make 25, 30, if not 40 million. Floyd needs Conor and the UFC a lot more than they need him right now.”