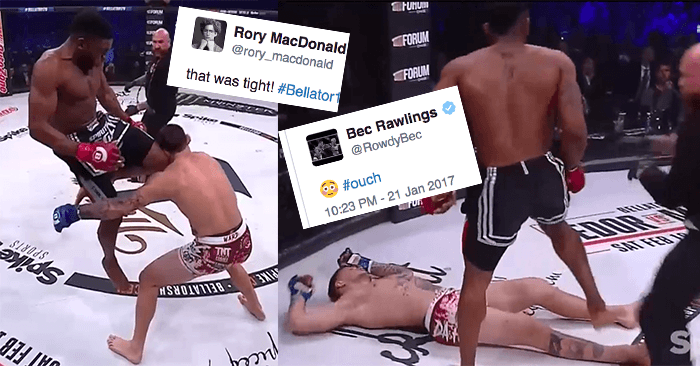 Fans knew the co-main event bout between Paul “Semtex” Daley and Brendan Ward would not last long, and when it ended it was going to be brutal. Needless to say, both fighters lived up to expectations and threw caution to the wind early on in the fight by letting it all flow freely.

Daley caught Ward off guard with a spinning elbow against the fence, wobbling the Irish fighter in the process. Daley then leapt up and executed a nasty flying knee that would knock Ward out cold. Check out what UFC and Bellator fighters had to say about the nasty KO!

that was tight! #Bellator170

Oh shit son! What a great knock out!

Daley's stand up is Grade A! #whew