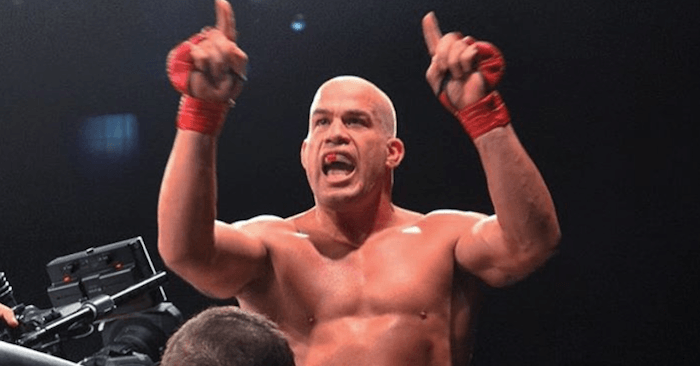 Tito Ortiz stepped into the cage for the final time on Saturday night when he met Chael Sonnen in the main event of “Bellator 170: Ortiz vs. Sonnen”. Ortiz was labeled as the heavy underdog going into the fight, and Sonnen was confident in his abilities to control the fight from every aspect.

The trash talk culminated into an anti-climactic finish, but still one that satisfied the fans who were hungry for an exciting, unexpected finish with a fairy-tale ending. Ortiz has gone out on top, wrapping up his career with a win. Check out what other UFC fighters and legends had to say about the win below:

That ringworm on Chael's left shoulder might be the most lethal thing Tito has ever fought fighting. #Bellator170

Introducing the main event, then have the national anthem. That'd be different as a fighter, but cool to see. #USA #Bellator170 pic.twitter.com/0btJssC7BA

Lol that was quick

@ChaelSonnen is the biggest quitter this side of the Mississippi.

Can't lie, I'm torn. I always side with wrestlers. Well, Tito and Chael both fit the description. And I've… https://t.co/NL0W156rn5

I call bullshit on that fight. #Bellator170 #ChaelvsTito

Congratulations @titoortiz. You're a champion. What a great way to round out your career. Continued success. God bless @DesWoodruff

Congrats @titoortiz & thank you for pathing the way!! ?? #TitoOrtiz #Bellator170

What's the over under Tito comes out of retirement to box Dana White? #Bellator170 #UFC300