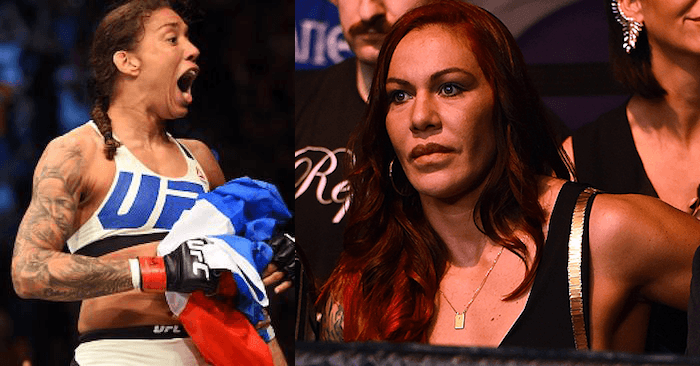 The newly crowned and first ever UFC featherweight champion, Germaine de Randamie, seems to be much more interested in a Holly Holm rather than facing Cris Cyborg. The new champion won a controversial decision over Holm at UFC 208 in Brooklyn as several times she landed some hard shots after the bell had already sounded. Holm is in the process of appealing the decision, but the focus has now switched as to who GDR’s first title defense will be against.

Cris Cyborg was in attendance for the inaugural UFC title fight and there’s no question the fans want to see Cyborg get her rightful chance at the division she’s ruled with an iron fist. There’s not many fighters chomping at the bit to get into the cage with the most dominant female fighter to ever compete, and according to this Tweet from MMAfighting, de Randamie has made it pretty clear she would rather defend the title in a rematch against Holm.

GDR on Cyborg: With everything going on, Holly should get the rematch first.