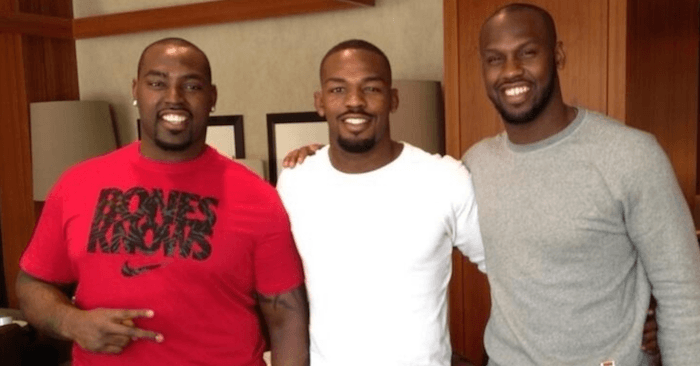 The highlight for many people during the Super Bowl isn’t the game. It’s the bets going on whether it’s who wins the game, which team scores first, what player score the first touchdown or doing a square pool.

If you are former UFC light heavyweight champion Jon Jones, you do the first thing.

Jones, whose currently on a one-year suspension placed a wager his brother, Indianpolis Colts defensive end, Arthur Jones on who would win Super Bowl LI between the New England Patriots and the Atlanta Falcons. The Patriots won a thriller, 31-28 in overtime.

Per usual for “Bones”, he won and ended up with some decent change for himself.

Just won an easy $1000 from @Artj97. Big thank you and congratulations to the New England patriots

Their brother Chandler was a defensive end for the Patriots for four seasons, 2012-2015 and had 36 sacks during that span. He was traded to the Arizona Cardinals in the off-season and registered 11 sacks.

The 29-year-old is on suspension for failing a drug test days before his main event fight at UFC 200 against current light heavyweight champion Daniel Cormier. Jones is eligible to come off suspension on July 6. UFC president Dana White stated last week that when Jones returns he will likely get the winner of the UFC 210 main event tilt in April between Cormier and Anthony Johnson.