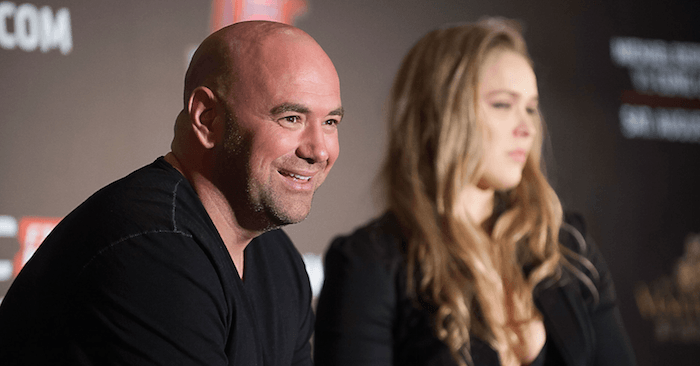 Former UFC bantamweight queen “Rowdy” Ronda Rousey didn’t have the successful octagon return she’d hoped for at UFC 207 this past December. Rousey was looking to bounce back after being knocked out by Holly Holm at UFC 193 in Australia and regain her 135lb title, but it took the champion Amanda Nunes less than a round to stop Rousey, who suffered her second consecutive defeat inside the octagon.

Following her loss, much of the blame had been put on her choice of coaching staff, but it looks like the former UFC bantamweight champion is now making some coaching changes.

If Ronda was set on retirement (Which BTW, she’s never announced.), would she hire a new world-class coach who trains nothing but the world’s most elite-level athletes? It’s an interesting question to ponder, being as no official retirement has been laid out.

Check out what the bio on Amazon.com had to say about Rousey’s new coach.

“Dan Garner is a strength coach and nutrition specialist who works well with a wide range of populations because he has had the opportunity to train clientele with all types of different goals, although he specializes in athletic development and physique transformation. He has a detailed background in training clients with fat loss, muscle building and sports performance goals.

Having a lifelong commitment to expand his knowledge, Dan has been attending as many courses as he can and getting involved with various mentorships and internships with the top trainers in the industry. With a strong specialization in nutrition practice, his clientele are able to maximize every aspect of health, wellness and fitness both in and outside the gym. Specializing in this category has given him the experience to understand and be able to correctly prescribe which training philosophy and nutritional philosophy best fits the client’s current lifestyle, goals and genetics to take them to the next level.

In the athletics category he has trained hockey players, football players, fighters, soccer players and competitive runners. Being both a strength coach and having an overall specialization in nutrition he has shown the ability to prepare athletes both physically and nutritionally for competition. This includes training towards the client’s peak performance level, proper carbohydrate loading prior to competition and which foods and supplements are best suited for their respective sport before, during and after the game to maximize performance and recovery.”