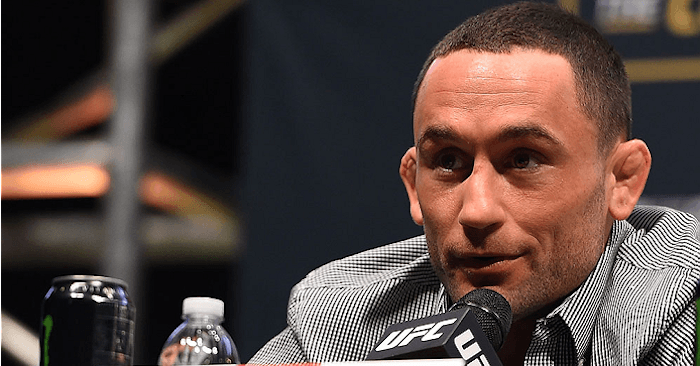 Frankie “The Answer” Edgar is an icon and legend in the sport of Mixed Martial Arts.

Known as the greatest UFC lightweight champion to ever grace the Octagon canvas, Edgar is widely considered the #2 featherweight on the planet as well. With two failed bids at 145 pound gold, and with only one fight left on his UFC contract, it would appear as if Edgar could be toying with his prospects as a free agent.

According to his coach, Frankie isn’t happy with the terms of his new UFC deal. As such he hasn’t signed it.

Mark Henry says Edgar has one fight left on his deal and is trying to negotiate a new one, but 'not getting' the $ he wants. Yet. #TLTS

Is Edgar better off testing the open market, or should the UFC grab him and never let go?