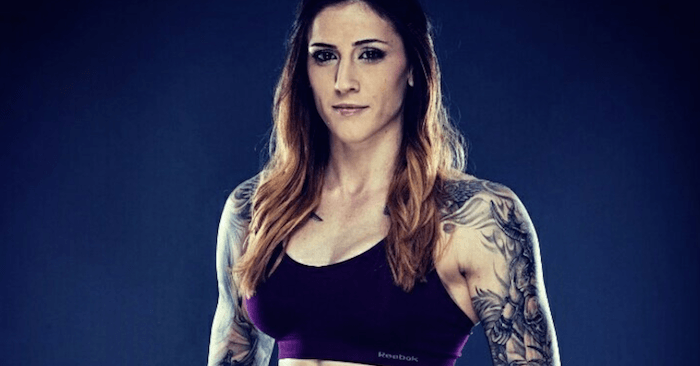 Much like Jose Aldo got his second undisputed UFC belt, Invicta FC’s Megan Anderson was the recipient of her own undisputed strap, without ever having to fight for it.

Last week Cris Cyborg made national headlines when she vacated her Invicta FC featherweight belt in favor of a longterm goal inside the UFC.

For Anderson, who was already the promotion’s interim champion, the natural side-effect of Cyborg’s shift to the UFC roster was her belt being upgraded to the real deal.

Still though, the Invicta featherweight female world title is highly regarded as the world’s most important belt among female fighters.

It’s because of this that the proud new champ took to twitter with her reaction.