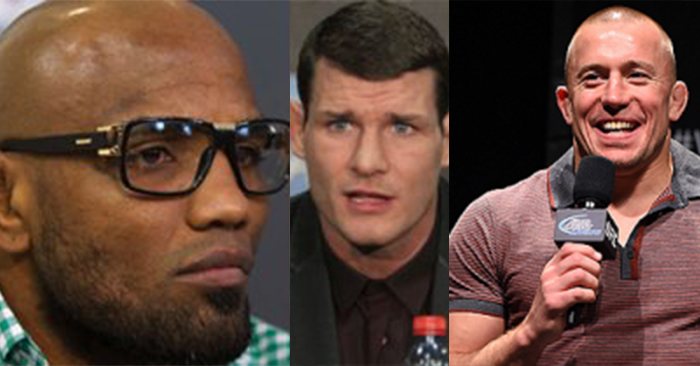 It would seem that “The Soldier of God” is not looking to believe the middleweight champion for a moment.

UFC Middleweight Champion Michael “The Count” Bisping recently gave future opponent Georges St-Pierre an ultimatum. “Rush” seems to be interested in fighting later this year, around September or October. Bisping, on the other hand, wants things to go down during international fight week in July. As a result, Bisping offered Romero his title shot, if St-Pierre is not interested in bumping up their fight date.

In response, Yoel Romero was not too impressed.

“I think @bisping will do as gsp wants. He doesn’t have the heart nor juevos to fight me. If he did he would fight me in July.” Romero said over Twitter.

As the No. 1 contender for the division, Romero and Bisping have been going at it for some time now. With Bisping going outside of the division ranking for his title defense, Romero has been none too pleased as of late.

I think @bisping will do as gsp wants. He doesn't have the heart nor the juevos to fight me. If he did he would fight me in July. #ynuevo https://t.co/AOy8wUU548