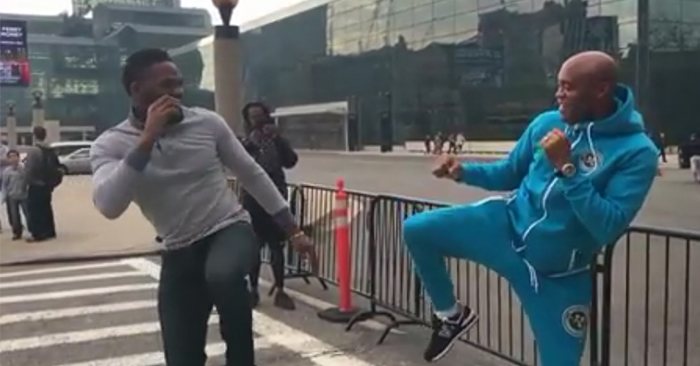 The two former champions can be seen going through strikes at minimal intensity with each other in a friendly sparring display in the video below.

Jon Jones is nearing the end of his year long suspension from the sport, as the former champion faced an anti-doping violation prior to UFC 200.

Anderson Silva is currently hunting a new opponent for UFC 212. Initially set to face Kelvin Gastelum, things quickly fell through as Gastelum has been flagged for a potential USADA violation.