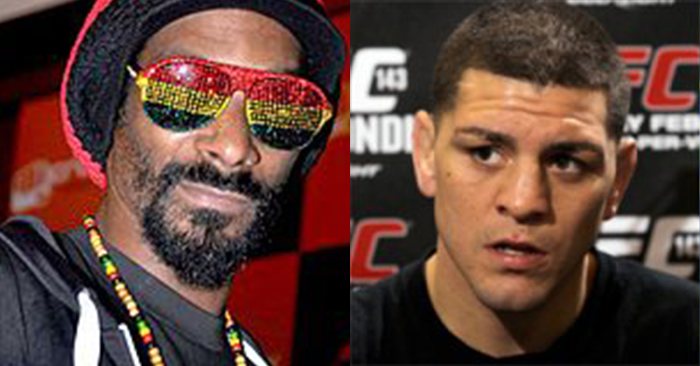 Snoop Dogg’s television series GGN News has released a preview for a new edition of the show to its ranks. This time, the acclaimed rapper sat down with Ultimate Fighting Championship President Dana White.

In the interview, among other things, the two discussed UFC welterweight competitor Nick Diaz.

Diaz was suspended for an anti-doping violation from UFC 183. With Diaz and Snoop Dogg both being avid advocates of marijuana, the conversation between Dana White and the rapper quickly turned to the use of marijuana in the UFC.

Dana White explained that the fighter performs, on average, three fights a year and a fighter must restrain from marijuana use for 24 hours on fight night. Snoop Dogg’s reaction can be viewed below.