Tate celebrated her 31st birthday in Las Vegas. The former UFC champion shared photos from her birthday celebration on her various social media accounts. All of Tate’s photos can be seen below.

“I got to spend my #birthday with a lot of wonderful people last night! Thank you #TUF26, (Dana White) & friends who made my night that much more special!” Tate wrote on her Instagram.

It appears Tate spent her birthday with the women competing on the latest season of The Ultimate Fighter.

The next season of TUF will feature female fighters competing at 125 pounds. The winner of the tournament will win the first ever UFC Women’s Flyweight Championship. Former UFC Lightweight Champion Eddie Alvarez and lightweight contender Justin Gaethje will be the coaches.

Tate retired from the UFC after her last fight in November. At UFC 205, Tate lost a decision to women’s bantamweight contender Raquel Pennington.

“Honestly, I just knew after the first exchange that I just didn’t want to do it anymore,” Tate said to during a media scrum in Australia. “So it was kind of one of those things, it’s like stuck it out, and I knew I had a lot more to give and I just didn’t give it. I don’t know. It’s just one of those things, it’s kind of odd to be honest. Just lacking a little bit of the competitive edge to want to punch people in the face.” 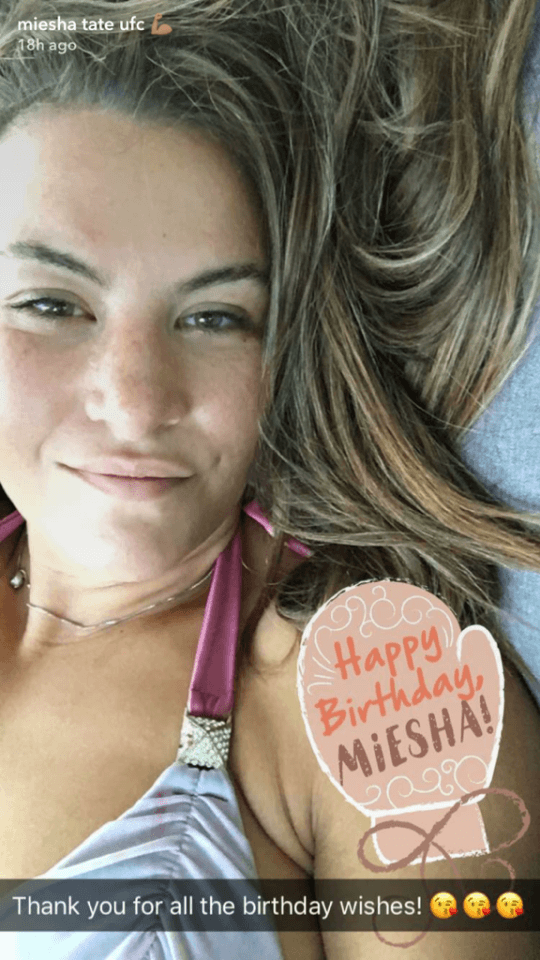