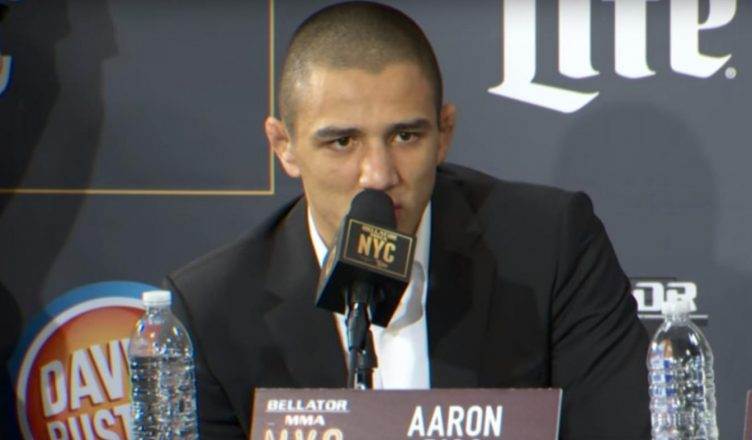 Aaron Pico got his welcome to the MMA world when he was upset this past June during Bellator’s massive PPV show from Madison Square Garden. The twenty year old Pico had been lauded as the next MMA prodigy and still wants to live up to the hype. That’s why this time he’s taken a different approach to his training and has even spent time training with boxing star Miguel Cotto during the lead up to his second pro fight.

Aaron Pico spoke to MMAfighting.com about the changes he’s made for this camp.

“For me, I wanted to scale things back,” Pico said. “Freddie Roach is my boxing coach, I spent a lot of time down there with him leading up to the fight. I was actually part of Miguel Cotto’s training camp as a sparring partner so that was really good for me.”

Aaron Pico was very happy to have the opportunity to learn from a world champion boxer like Miguel Cotto and took time to absorb as much as he could from him.

“Just his approach to the whole game,” said Pico. “He’s very professional when he comes in, he works extremely hard. Sparring with him was great. Just to see how a professional works in the boxing game, how he gets ready, I was very privileged to be in there with his training camp. He keeps a small circle, so it was a really good experience for me. It’s helped me, for sure.”

“We all sat down together and they brought up Justin Linn and my coaches thought I would be ready for it,” said Pico. “I thought I’d be ready too. Yeah, he’s got more experience, but I think I’ve got more training and having more months under my belt before this fight, so I feel pretty confident. I always take on challenges, that’s one thing that I love doing, that’s what life is all about.”

For the time being Pico will need to focus on the task at hand and that’s his second professional mixed martial arts fight under the bright ligts of Bellator.

“For me, right now, my whole focus is trying to be a world champion in Bellator,” said Pico. “And that’s what I’m excited for, waking up with that goal in mind every day.”