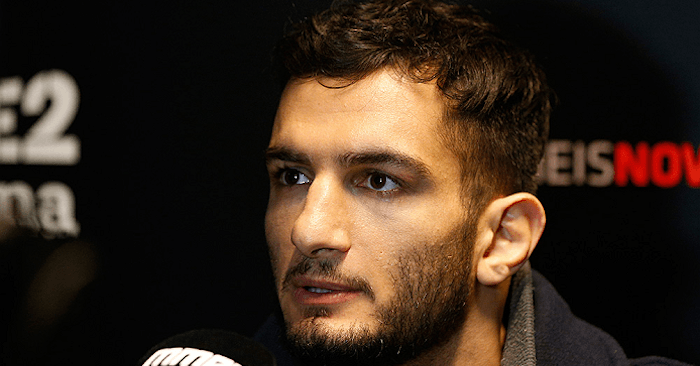 Bellator MMA signed one of the top middlweights in the world when they were able to come to terms with Gegard Mousasi during his exclusive, promotional contract negotiations. Mousasi had been with the UFC since it’s purchase of Strikeforce and now finds himself working with his former boss, Scott Coker once again under the Bellator banner.

Gegard had also fought some of the best middleweighs in the world during his UFC stint and really looked to be makng some noise in the division. Given how rampant the drug issue seems to be under the UFC’s USADA program, he’s also been very outspoken towards the athletes who’ve been caught using PED’s, so he wanted to be sure that the playing field was level when he came over to Bellator.

Having fought names like Vitor Belfort in the past, it’s understandable why Mousasi would be a bit suspicious of upcoming opponent Alexander Shlemenko. He spoke to MMAjunkie.com earlier about Shlemenko’s past drug testing issues.

“Let’s be honest: He’s been caught for 50 times the testosterone amount of a normal human being, so he definitely has cheated before. But this time, he tested clean. So far, so good. I want to have fighters that are clean. I’m a clean fighter, so I want my opponent to be clean.”

“You know there’s a guy who’s deliberately cheating. I don’t want to have a guy who’s physically or mentally twice as strong who normally wouldn’t be that. I want to fight a clean fight. In a clean fight, I’m not worried. I know what I can do.

“When the sport is clean, I’m one of the best fighters. We’ve seen a lot of people who didn’t perform after USADA. All I’m asking is a fair opponent.”

“(Shlemenko) deserves a second chance,” Mousasi said. “I think he was a clean fighter for a long time. I’m not saying he wasn’t. But that time he cheated against Melvin, and he paid the penalty. Hopefully, he’s a clean fighter now. He showed he’s clean, so we’re going to fight.”