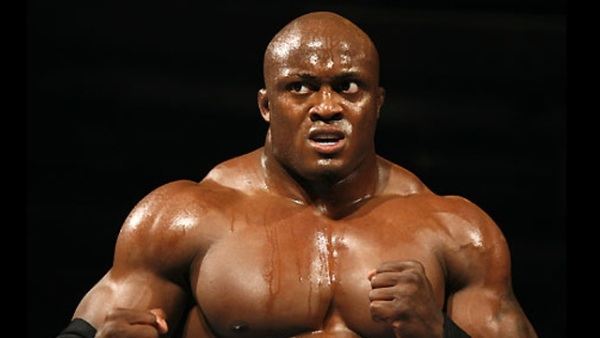 Former WWE champion and current Bellator heavyweight fighter Bobby Lashley is a believer in Jon Jones, and his string of bad luck with UFC drug testers. Jones failed another drug test following his UFC 214 stoppage win over Daniel “D.C.” Cormier. The win looked to be the beginning of a new and improved Jon Jones both in and out of the octagon. However, the celebration was very short lived as he was stripped of the UFC light heavyweight title, and the win turned to a “No contest” by the California State Athletic Commission.

Bobby Lashley has been around pro wrestling, amateur wrestling and mixed martial arts for many years and says tainted supplements are a very real problem. Lashley shared some of the experiences he’s had with supplement companies during an interview at the Mr. Olympia Expo this past weekend in Las Vegas.

“Tainted supplements are the real deal,” Lashley said during an interview over the weekend. “When I was at the Olympic Training Center, we had USADA. And USADA delves a lot deeper than any other company into what’s going on with what you have.”

“When I was at the Olympic Training Center, we had like one product line that they allowed us to take, because everyone else is trying to get the edge. Look at this place, we’re at the Mr. Olympia, there’s like hundreds of companies out there with ‘the new product.’”