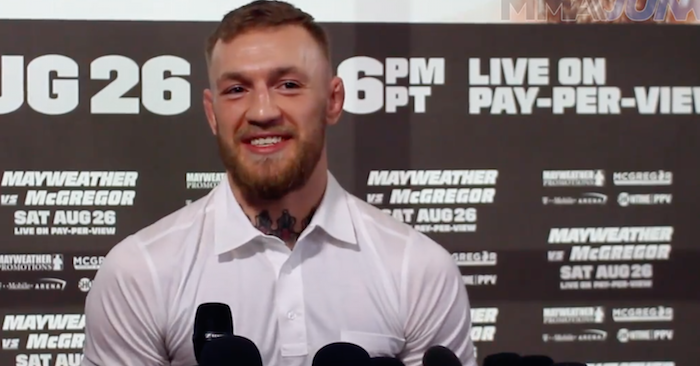 UFC lightweight champion Conor McGregor is coming off of the payday of his career. “Notorious” suffered a TKO loss to boxing legend Floyd Mayweather Jr. on Aug. 26 inside the T-Mobile Arena. Still, McGregor is expected to have walked away with around $100 million from the highly anticipated cross-promotional match up.

Now, fight fans are desperate for information on the champion’s next move. Conor McGregor has claimed that he will be returning to the octagon sometime in the future. His coach John Kavanagh would like to see him get the trilogy fight with Nate Diaz though.

However, it would appear that “Notorious” is still not quite certain what exactly will be next for him.

“McGregor says he’s waiting to see what happens with Lee and Ferguson, wants to look at the whole picture before he makes a decision.”

UFC lightweight contenders Tony Ferguson and Kevin Lee are set to face off for the interim lightweight title at UFC 216 on Oct. 7 inside the T-Mobile Arena in Las Vegas, Nev. Now, it would appear that Conor McGregor will be awaiting their anticipated throw down just like the rest of us.

McGregor says he's waiting to see what happens with Lee and Ferguson, wants to look at the whole picture before he makes a decision

Thanks for checking us out. Have a great day!