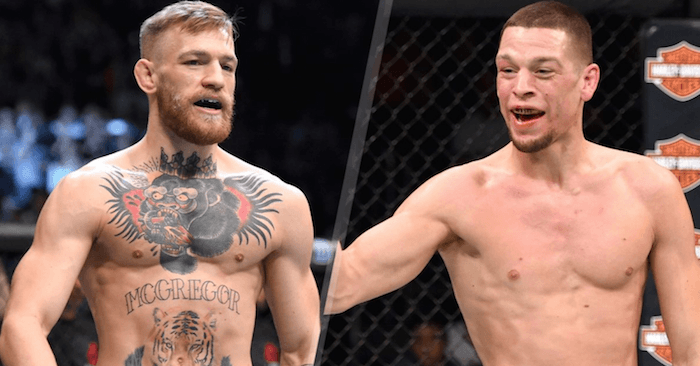 Reigning UFC lightweight champion Conor McGregor is only about a month removed from his mega-fight with boxing pound for pound king Floyd Mayweather, McGregor was able to put on an impressive performance against Mayweather, despite the fact he had no prior boxing experience. But with the boxing match now behind him, he can once again turn his attention to MMA.

Since that time, Conor has been taking some time off while UFC fans speculate what’s next for McGregor. Names like Tony Ferguson, Khabib Nurmagomedov, have all been waiting for Conor to return to the octagon, but the fight that makes the most sense at this point is a trilogy fight with his rival Nate Diaz. Rumors have already been running rampant that the UFC is looking to book McGregor vs. Diaz 3 for late December, but his coach has another idea that he’d like to see.