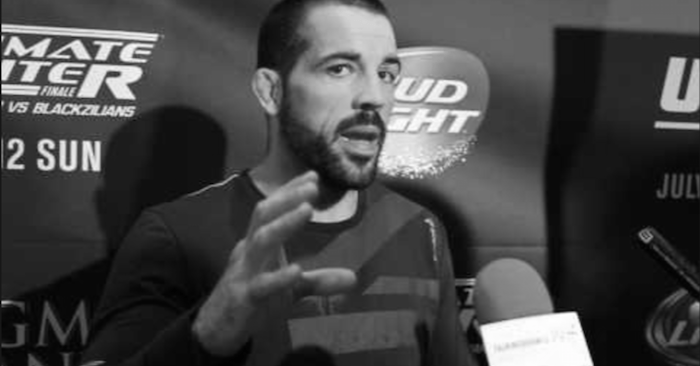 UFC welterweight star Matt Brown shocked the mixed martial arts world with his decision to retire. Brown broke the news via his social media, but when speaking to the Loper and Randi Show, Brown explained that his body has just had enough of the rigors of training.

“I literally just put it up yesterday but it’s crossed my mind a million times,” Brown explained. “I think in just about every training camp like what the hell am I [doing], especially somewhere right in the middle to the end of training camp. It’s just your body’s beat up and you’re tired and it’s like what the hell am I doing? This is crazy. This is the last time I’m doing this.

“This time I’ve been feeling that a little too much and I really just made the decision yesterday. I can’t keep thinking about it forever. If it’s going to be on my mind, I might as well just go ahead and do it. I just feel like I’m ready to move onto the next thing,” Brown said. “I’m not as excited about fighting as I once was, like it doesn’t spark that fire that it used to. I don’t have that same hunger that I used to. I took close to a year off, almost a year when I actually fight that I’ve taken off and I thought maybe that would re-energize the fire or whatever. That was kind of the motivation for taking the time off. I was like I need to get that fire back and I guess it just didn’t come back as much as I thought it would.

“I think I’m a smart enough person that I don’t need to hold myself to just one career for too long. When I’m bored of it I can move on and I can be successful in whatever venture I go onto next.”

Matt Brown is wanting to give back to the sport that he’s been a part of for so long and wants to be more selfless with his time moving forward.

“What I really want to do is go do bigger, better and greater things that aren’t just about me,” Brown stated. “Right now, it’s about you’ve been so great and we love being on the ride watching you but I’d like to give back.

“I want to do something just as amazing but not necessarily about me.”