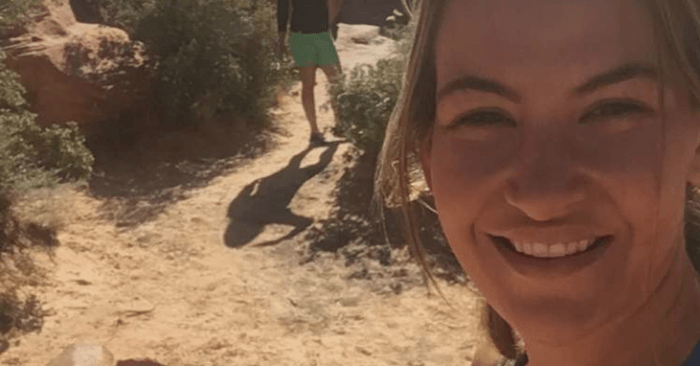 Former UFC bantamweight champion Miesha Tate may not be fighting anymore, but she’s still one of the world’s most loved athletes. Tate retired following her loss to Raquel Pennington last year at UFC 205 and has been enjoying her free time since then.

Spending her time covering the FOX desk as UFC analyst, Miesha Tate remains training, and stays busy through her various other media obligations and appearances and isn’t really interested in returning.

“It is not on my radar to come out of retirement at all,” Tate said. “I kind of like hanging out with you guys. So I plan to be here a little bit more. But if I did, 145 pounds sounds a little bit more appealing. I do enjoy my pizza. So with that being said, I don’t want to have to cut weight anymore either.”

As any follower of her snap chat can attest to, the UFC female also has a major hiking habit. When Tate isn’t working, she’s often in the mountains, staying in shape and catching amazing views.

Saturday morning, Tate showed her followers and fans another epic view, and shared it on her snapchat.

Thanks for checking us out. Have a fantastic day!