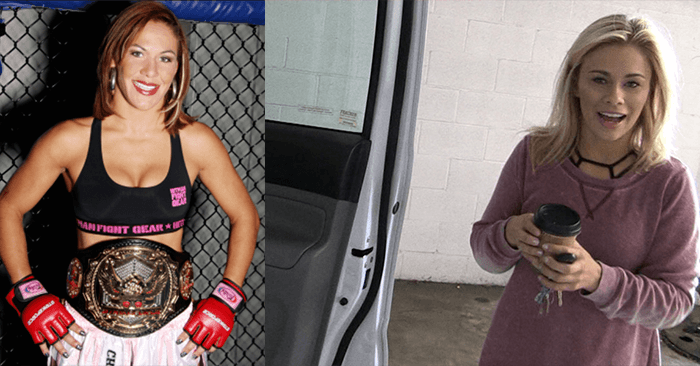 Monday afternoon we learned that UFC sweetheart Paige VanZant was out of her scheduled UFC 216 fight against Jessica Eye.

On less than two-weeks notice the top female fighting prospect got injured, and sick with several different ailments, making a fight impossible in the near future.

VanZant was hoping to get a fresh start in the UFC’s newly formed flyweight division, but with her long list of ailments her debut at 125lbs will have to wait.

“It’s a big cut for me. I’m a lot heavier than people realize,” she said  “I was honestly killing myself for this sport. In my last I want to say two fights or three fights, I’ve passed out in my bathroom. This last one, I passed out and had the doctors almost not cleared me for the fight. “I’m a big advocate for body positivity, and I was putting myself through an eating disorder to make weight,” she continued. “And it became not fun for me anymore. I hate cutting. I hated the process. Obviously, passing out on your bathroom floor is not fun, because you’re dying in a bathtub.”

Taking to twitter, Paige revealed what caused her sudden withdrawal from UFC 216.

What would you do if Cris Cyborg was your nurse?