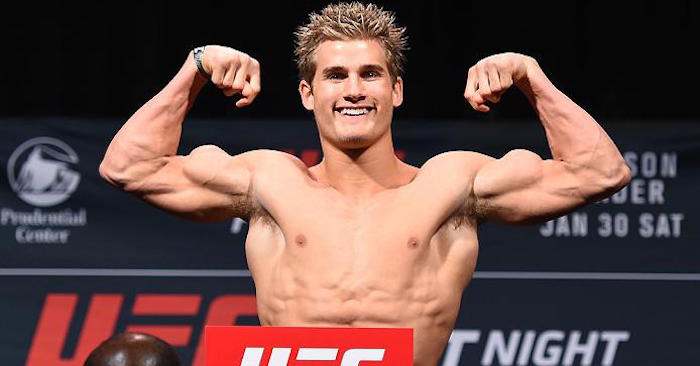 The UFC has officially added two more bouts to their upcoming Fight Night event in Norfolk, Virginia on Nov. 11.

The first bout the UFC added was an intriguing battle in the lightweight division. “Super” Sage Northcutt is scheduled to make his return to the Octagon against Michel Quinones.

In his last fight, Northcutt was submitted by undefeated prospect Mickey Gall in a welterweight bout back in December. In the lightweight division, Sage Northcutt is unbeaten and has three wins in the UFC.

Quinones has yet to win in the UFC. In his last fight, Quinones made his UFC debut and was knocked out by Jared Gordon. Prior to joining the UFC, Quinones was on a five-fight win streak.

The UFC has also added a pivotal battle in the bantamweight division to their upcoming Fight Night event in Norfolk.

Assuncao is currently ranked No. 4 in the official UFC lightweight rankings. He is on a two-fight win streak. In his last fight, Assuncao earned a split decision win against Marlon Moraes in June. In his previous fight, he earned another split decision victory against Aljamain Sterling.

Lopez is ranked No. 14 in the UFC bantamweight division and is also on a two-fight win streak in the UFC. In June, Lopez earned the biggest win of his career when he defeated Johnny Eduardo by TKO. In his previous fight, Lopez won a decision against Mitch Gagnon.