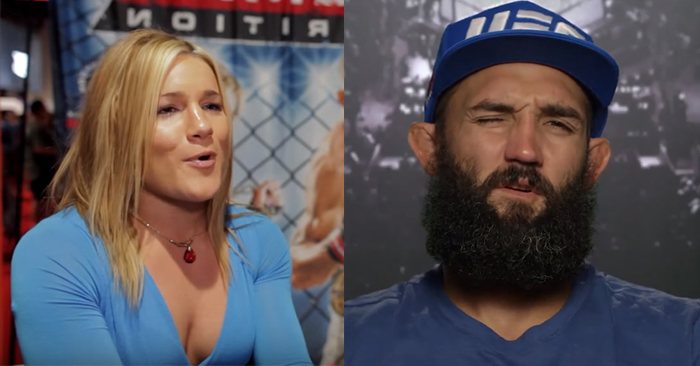 Former UFC welerweight champion Johny Hendricks has hit a rough patch in his MMA career as of late. Hendricks has missed weight on multiple occasions and was actually forced to move up to the UFC’s middleweight (185lbs) division.

“Wednesday, something happened and I started running a fever. Thursday, Friday I’m sitting there going, ‘Oh my gosh.’ It’s funny because I love fans but I think that they’re the most ill-informed people and the reason that I say that is because if y’all are feeling sick, what do y’all do? If you are sick what do you get to do? You get to take a day off.” Hendricks said following his missed weight cut against Tim Boetsch at UFC Fight Night Oklahoma City.

“My family was going through sickness for three weeks prior to the fight and I laughed because I didn’t get it. I was super excited. Awesome, nothing’s going on. Until you start cutting weight. I showed up and I think I was 13 [pounds] over and I drank 10 pounds of fluids that day and at that point you’re fighting not only the weight but also your body. It just sucks because 185 is not that hard to make but whenever you’re sick, it is. You’re body’s not gonna give up anything and the next thing you know, you’re trying to turn right around in 48 hours and fight for your life.” Hendricks stated.

After missing weight repeatedly, it’s safe to say the internet was not kind to Johny Hendricks. In fact, the very popular strawweight fighter Felice Herrig is still having some fun at Johny’s expense.

Check out what Felice posted to her social media earlier.

Haha I keep seeing this meme pop up #UFC217