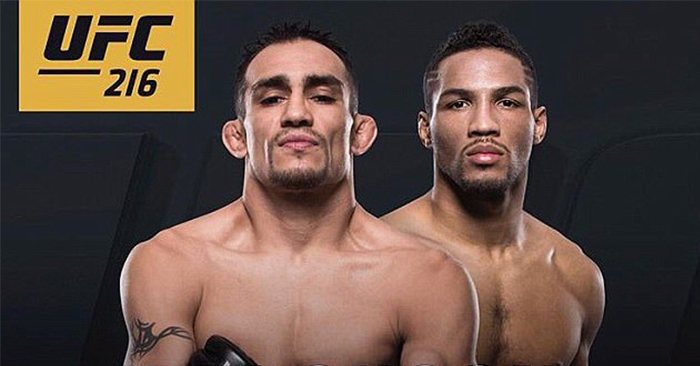 Las Vegas, Nev. suffered a tragedy late Sunday night. Music fans gathered together for the Route 91 Harvest Music Festival in Las Vegas, across the street from the Mandalay Bay Resort and Casino, on Sunday night. A gunman fired upon the crowd from the 32nd floor of the Mandalay resort, wounding 515 people and killing another 58.

The gunman has since been identified as 64-year-old Stephen Paddock, who was found by police dead in his hotel room.

The Ultimate Fighting Championship (UFC) has shown their support for those suffering from the tragedy by revealing that $1 million will be donated to support those in need. Now, it would appear that the mixed martial arts promotion’s immanent Las Vegas event will go on as planned.

UFC 216 is set to go down this Saturday, Oct. 7, inside the T-Mobile Arena in Las Vegas, Nev. Now the UFC has offered a statement concerning last night’s tragedy and the upcoming fight night.

As provided to MMA Junkie, the UFC stated:

“Our focus right now is on supporting the community and those affected by Sunday evening’s events. UFC 216 on Saturday, October 7 at T-Mobile Arena will proceed as scheduled until further notice.”

It would appear that, despite the recent tragedy, UFC 216 will go on as initially planned.