The Ultimate Fighting Championship (UFC) made its big debut in Shanghai, China on Saturday night, Nov. 25. There inside the Mercedes-Benz Arena, the mixed martial arts promotion hosted UFC Fight Night 122.

The event included a collection of interesting match ups. Among them, former UFC middleweight champion Michael Bisping returned to the octagon only three weeks after his title ending loss to Georges St-Pierre at UFC 217.

All of that in mind, Gastelum made short work of his opponent. In the first round, the fighter earned a dazzling knockout victory over the former UFC middleweight champion.

With the exciting main event match up now in the books, here is a look at the striking statistics from Bisping and Gastelum’s brief brawl inside the octagon. 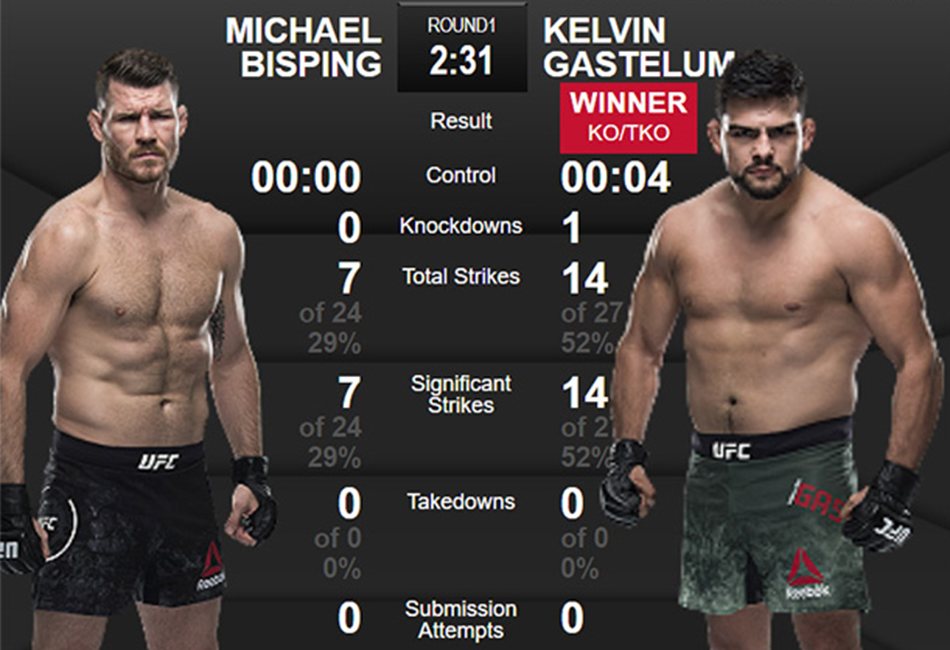