Fight fans will be flocking to Detroit, Michigan on Saturday, Dec. 2, for the Ultimate Fighting Championship’s next big event. The mixed martial arts promotion will be hosting UFC 218 inside the Little Caesars Arena for a night of exhilarating match ups.

The night’s co-headliner is set to be a heavyweight battle between decorated Dutch kickboxer Alistair Overeem and tough division contender Francis Ngannou.

Overeem is riding a two fight winning streak at the moment. The fighter earned a tough majority decision victory over former UFC heavyweight champion Fabricio Werdum most recently, having knocked out Mark Hunt before that.

Ngannou, on the other hand, has yet to be defeated inside the octagon. With five octagon performances under his record, Ngannou is now on a stunning nine fight winning streak in his mixed martial arts career.

With Ngannou and Overeem’s big battle for division supremacy now only a week away, here is a comparison of the two contender’s statistics: 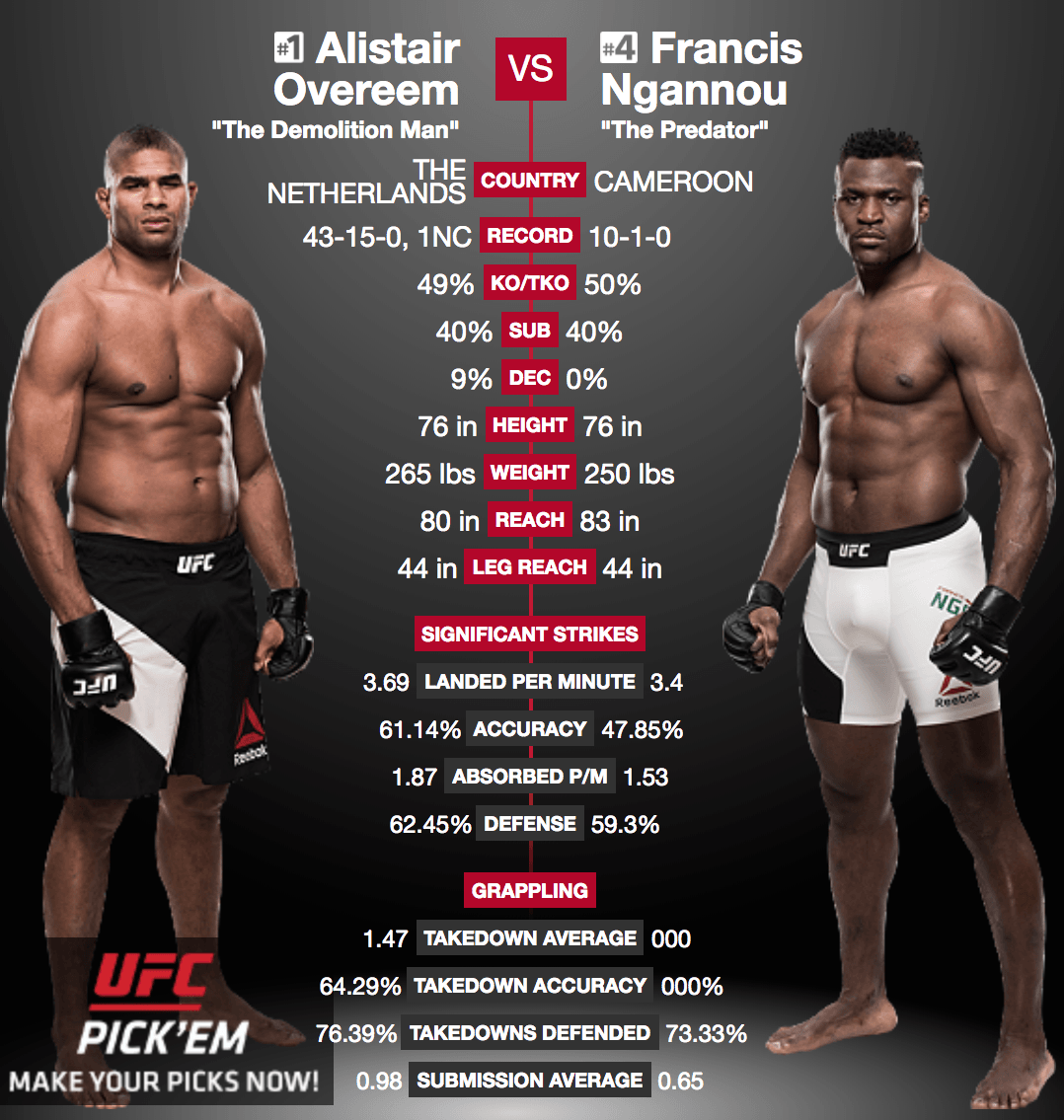 Overeem vs. Ngannou is part of a stacked UFC 218 card that also includes a featherweight title fight between Max Holloway and Jose Aldo, and Eddie Alvarez vs. Justin Gaethje.