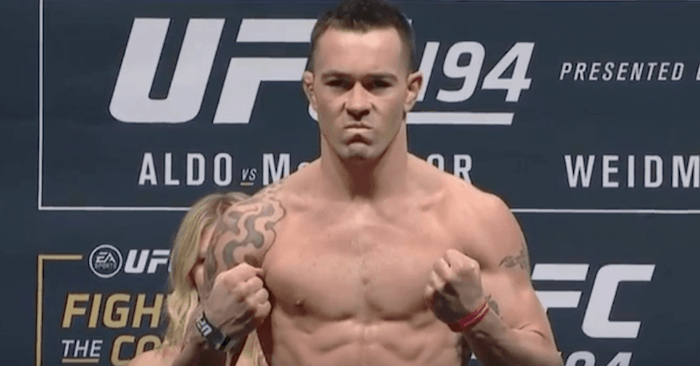 Chael Sonnen has stated in an interview that even though top UFC Welterweight Rafael Dos Anjos was promised a title shot against Tyron Woodley, there are rumors about other plans. No sources were named, but Sonnen claimed that he has heard that the UFC is planning a new season of The Ultimate Fighter with Colby “Chaos” Covington and Woodley as coaches.

As usual, most seasons end with the coaches facing each other, so Sonnen concludes that this will be the fight for the Welterweight Championship.

“RDA vs. Tyron, I don’t think so.” Sonnen stated. “Normally I would tell you ‘yes’ because Dana has said whoever wins this fight fights for the title. I think he thought Robbie was going to win.”

The veteran fighter later added, “The wins and the resume are wonderful but the mandate of the masses trumps everything. If people get on board with wanting to see Colby vs. Tyron more than they get on board to seeing Tyron vs. RDA, that’s the fight.”

Check out what Chael had to say in the video below.

I'm hearing rumors that Tyron Woodley vs Colby Covington is next, not RDA.