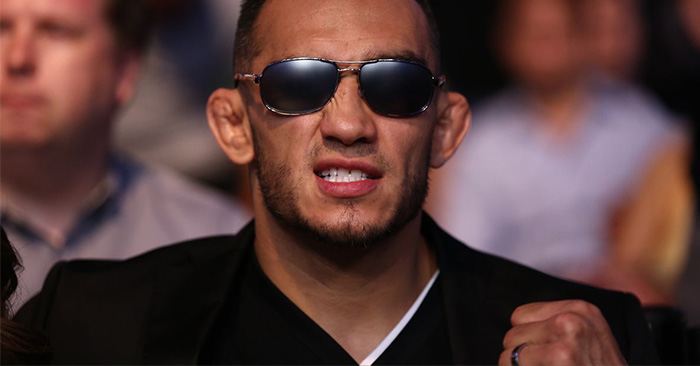 Ferguson’s run includes names like Edson Barboza, Kevin Lee, Josh Thomson, and former UFC lightweight champion Rafael dos Anjos.  As a result of this impressive win streak, many fans already consider him the top lightweight in the world. However, there are still a few challenges ahead of him, and Conor McGregor may not present the toughest.

Ferguson was supposed to face undefeated, and top ranked lightweight Khabib Nurmagomedov at UFC 209. But when Khabib was sent to the hospital as a result of a bad weight cut, he was pulled from the event at the last minute.

Following Nurmagomedov missing weight, the interim lightweight champion has been taking every chance he gets to remind the world that Khabib can’t make weight.  Now, with UFC 219 only a week away, Ferguson has started his own Twitter poll and plans to do his own live coverage of Nurmagomedov’s weight in attempt.

“Will @TeamKhabib Make Weight? I’m Sure The Odds Are Great!!! I… CEO of #TeamTiramisu Will Be Reporting Day Of Weigh Ins… Stay Tuned @arielhelwani”

Will @TeamKhabib Make Weight? ??? I'm Sure The Odds Are Great!!! I… CEO of #TeamTiramisu Will Be Reporting Day Of Weigh Ins… Stay Tuned ???@arielhelwani