UFC 219 is a mixed martial arts event presented by the Ultimate Fighting Championship (UFC) that will be held on December 30, 2017 at T-Mobile Arena in Las Vegas, Nevada.

The main card will kick off at 10pm Eastern on Pay Per View with the preliminary action on FS1 and UFC Fight Pass. 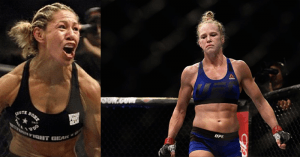 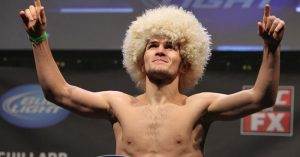 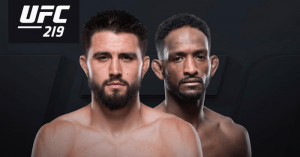 Kamaru Usman and Emil Meek has been removed from the card and is now being targeted for UFC 220 on January 20th.

Candidly talking at her training headquarters in Costa Mesa California,

UFC featherweight champion Cris Cyborg was slapped by her head

Cris Cyborg rounded out 2017 as the UFC’s last official

Holly Holm It was a tough night for former UFC

Despite putting on the best performance of anyone in modern

Khabib Nurmagomedov The Ultimate Fighting Championship (UFC) was in Las

There has been multiple controversies following the UFC’s year end