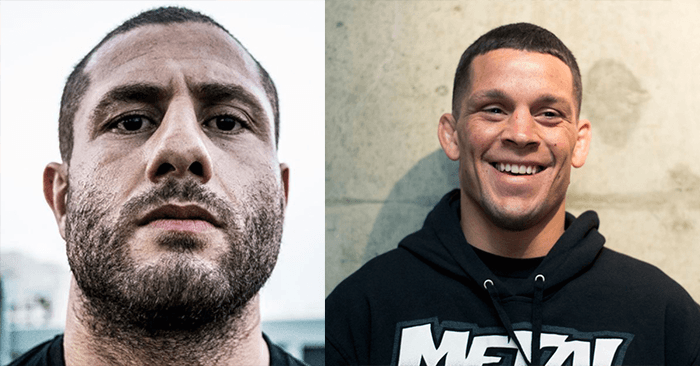 UFC mega-star Nate Diaz recently did an interview and let the world know what it’s going to take to get him back in the UFC’s Octagon. Now, UFC light-heavyweight Gokhan Saki has answered the call, and asked Nate nicely.

“I’m not fighting because I am a fighter., ” Diaz said in a recent interview. “You’re fighting because someone’s telling you to fight. I’ll fight whenever the f**k I wanna fight. That’s because I’m a G, n**ga, I’m a fighter myself. I ain’t trying to do what nobody says, I’ll do what I say. And I will fight when I’m approached respectably.”

Diaz said maybe if they’d ask nicely he might be a bit more motivated.

“Ask nicely, motherf**ers. Ask nicely. “I’m talking about the organization, the fighters. And make it a big deal, because I’m not trying to just sign a contract just because it’s a good idea for you guys.”

That leads us back to Gokhan Saki, who has done just that in the form of a letter addressed in a Tweet.

We would really love to see you fight again brother. Could you please come back.

We would really love to see you fight again brother. Could you please come back.