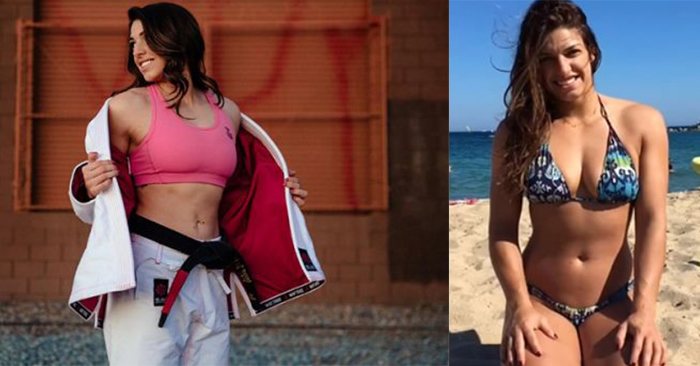 If rumors hold true, and they likely do, unbeaten female prospect Mackenzie Dern has already signed to the UFC. She’s one of the rare few instances where she has been signed, but fighting outside the organization. However, coming off her recent win, she says she’s now ready for the bright lights.

In this new interview Dern discusses her successful crossover to MMA from Brazilian jiu jitsu, where she’s beaten the likes of Gabi Garcia in open weight tournaments.

The marketable and attractive Brazilian fighter is primed for the masses, with her marketable look and perfect English. With her BJJ pedigree being head and shoulders above almost any other female in the world, Dern is looks ready to be the next big breakout star.

Here’s the latest from Dern: