When the UFC opted to leave their longtime broadcast home of SPIKE TV in favor of their current deal with FOX, it was a pretty big deal. So big in fact that FOX executives, UFC executives, the era’s top UFC stars, and Joe Rogan were all present for the big debut on the network.

This doesn’t seem like it was that long ago, but based on the standard definition video replay, and the fighters present, it indeed was.

Back then Joe Rogan was the big time voice of the UFC, so he was the first person fight fans saw when debuting on the network.

Joe Rogan announced the new broadcast home live in T.V., announced the executives in attendance, and broke down each fighters accolades. 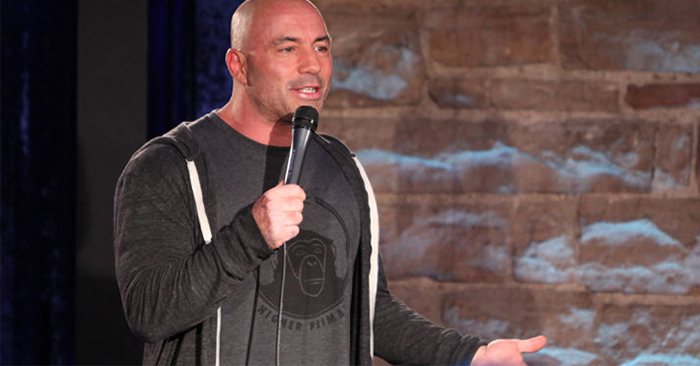 The only problem though, is Joe messed up big time during the live broadcast, and he’s never been back inside the FOX studios ever again.

The historic moment is in the player below.