Former Strikeforce and WEC champion Nick Diaz has put on a storied career within the sport of mixed martial arts. Now the fighter wants to take on the UFC’s reigning two-division champion. Heavyweight and light heavyweight UFC title holder Daniel Cormier has now come forward with his response.

Daniel Cormier moved up in weight to challenge UFC heavyweight champion Stipe Miocic for his title at UFC 226 on Saturday, July 7. Ever since Cormier’s historic first round knockout over the champion, the now multi-division title holder has been receiving some serious attention from his fellow fighters.

“Sick of this all this ‘baddest man on the planet’ bs. I’ll fight for any title at Any weight. @Ufc wants to make bs wwf fights with guys that fight like shit and put on an act. @dc_mma would look way worse than I do in this pic if he fought Anderson the way I did but instead he decided to wrestle fuck him for five rounds in front of his whole life And still almost got finished off in the last round with Silva only having two or three weeks notice @danawhite should give me this fight instead of dick chest Brock Lesnars cheating ass #dontbescaredhomie nothing personal I love Dc but I don’t like what he does-constantly embarrassed for him and the sport
I started doing MMA because it’s not WWF and I’ve never put on A bs act in my life I’m sure fans would like to see a real fight @nick_diaz_academy”

Check out Cormier’s response down below: 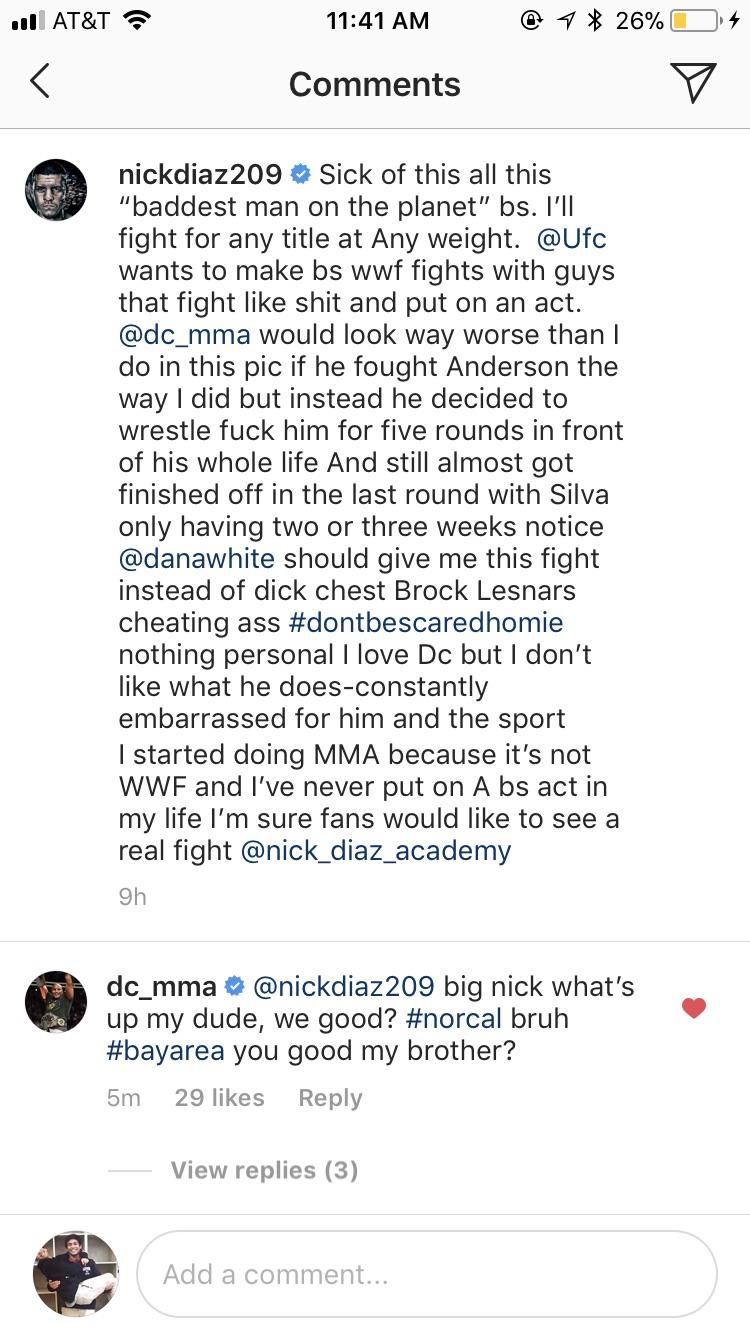