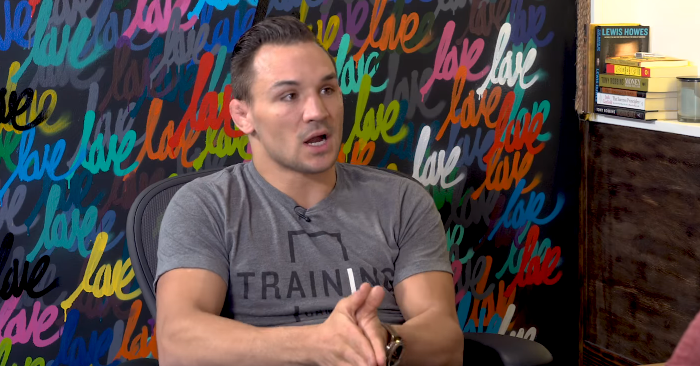 “Business is business. No. 1, I know my worth. No. 2, I know exactly what I’m fighting for. No. 3, I know exactly how good I am. I truly think I’m the best lightweight in the world, and I don’t think there’s anybody that can convince me otherwise. With that comes a lot of layered decision-making.”

“At the end of the day, nothing is more important to me than my wife and my son and my legacy. I’ve always said that. Whoever was going to take better care of me, whoever is going to be there and taking care of me better was going to be who I was going to end up getting a deal done with. At this point, there are no deals done, and we will see what happens.

“It all goes back to knowing your worth, realizing that I have been in this organization longer than anybody. I do have the most wins in Bellator history. I have been in the hands-down the most exciting fights in Bellator history. Bellator would not be where they are without the fights that I’ve had, without being one of the faces of the promotion, being one of the guys who goes out there and literally never disappoints. … With that and with the damage that I’ve taken and with the value that I bring into each and every second stepping into the cage, whether with Bellator or another organization, I have to take that into account.”

“I can’t go a day without hearing everybody talk about how I could beat Khabib (Nurmagomedov) and beat Conor (McGregor) and beat all these guys and be the No. 1 guy in the world in any organization. Of course you think about that, but at the end of the day, those people are going to forget about me the day I retire. I’ve got a solid six months after I retire and they’re all going to forget about me and it’s on to the next big thing. That’s what you have to realize in this sport: It’s so fleeting and it’s a, ‘What have you done for me lately?’ business.

“At the end of the day I’m a businessman, I’m a father and I’m a husband. It just so happens that I’m really good at going out there and beating people up in a cage. I have to weigh both scenarios and make the best decision possible, and I do expect to make boatloads of money.”

“I’ve got phenomenal management, phenomenal people around me, phenomenal relationship with Bellator. To be completely honest, even though there’s been ups and there’s been downs, we talked about some things and we weren’t quite sure if we were going to get a deal done or if we’re not going to get a deal done or we are. (Bellator President) Scott Coker, (matchmaker) Rich Chou – these guys at Bellator are the real deal. They’re great people, and we are getting things figured out, and we’re excited about what the future holds either way.”