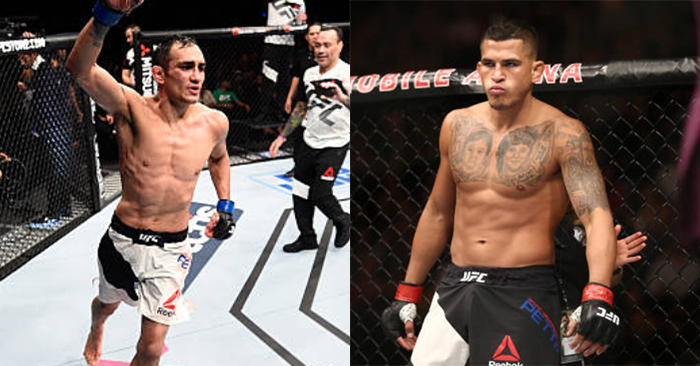 Former interim UFC lightweight champion Tony Ferguson has been recovering from a debilitating injury ever since being pulled from his fight back at UFC 223. Now medically cleared to compete, “El Cucuy” has locked down his next big octagon performance.

Tony Ferguson was initially set to fight Khabib Nurmagomedov for the vacant UFC lightweight title back at UFC 223. However, just six days before the fight, Ferguson tripped over a cable during a media obligation and tore his knee.

The fighter was pulled from the bout and his since been recovering from the injury. After Ferguson recently posted that he is now medically cleared to fight over social media, former UFC lightweight champion Anthony Pettis has now come forward to reveal that he is now set to fight “El Cucuy” at UFC 229.