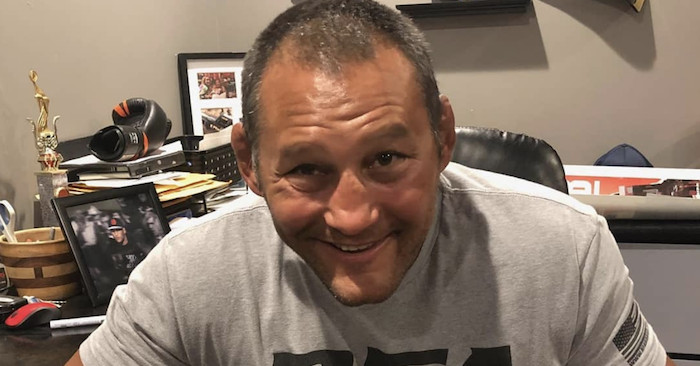 Dan Henderson garnered massive attention from fight fans during his championship reigns within Strikeforce and Pride. The talented fighter would go on to compete at the highest level of the Ultimate Fighting Championship, having taken on some of the world’s toughest and most talented fighters along the way.

Now a UFC Hall of Famer and a mixed martial arts legend, Dan Henderson turned 48-years-old on Friday, Aug. 24. To celebrate the former fighter’s birthday, check out a series of Henderson’s most popular social media posts down below.

Come have a drink with me at @TheSapphireLV a week from tonight. See you there!

Happy birthday to my wonderful wife Rachel, My #soulmate. I love you, Mrs. Hendo.

Who wants some Sushi? ?

I had an Awesome time @bubbafesttn. Met some great people and even greater fans. Thx to all for coming out to support. #BurtReynolds #LeeMajors @marshallrteague @natalieskyy

#FBF – I was honored and humbled to be inducted into the @UFC Hall of Fame recently. Couldn't have done it without @ShogunOficial.

New hats are in. Come by the gym and get one before they are gone.

Getting ready for @UFC Hall of Fame ceremony tonight in Vegas. #HendoVSShogun

Happy Fourth! Proud to be an American and hoping you all have a safe and happy 4th of July! ???