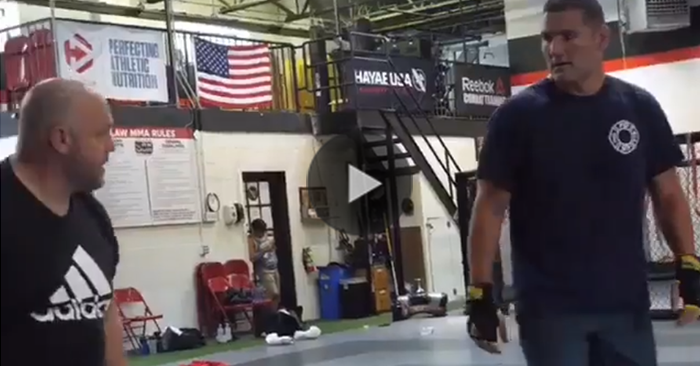 Former UFC middleweight champion Chris Weidman has gained a relationship with Hollywood actor Kevin James over the years. James is, after all, quite the fan of mixed martial arts.

Now the former UFC title holder has taken to social media to show of a recent training session with Kevin James. Weidman even went on to commend James’ training by calling the actor a “dangerous man.”

@officialkevinjames is now officially a dangerous man. The training has paid off. The timing on his log roll was impeccable!! #Repost @officialkevinjames with @get_repost ・・・ Sometimes the risk is not worth the reward. Hope you worked out smarter than I did.