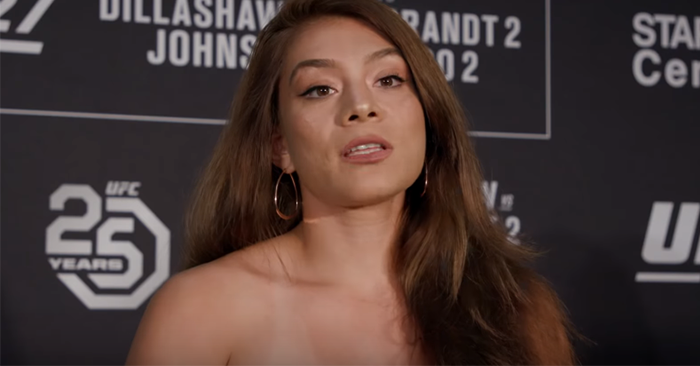 Consequently, Shevchenko is now the largest betting favorite over a reigning champion within combat sports history. Now Nicco Montano has decided to provide a few words concerning the matter in a recent edition of the UFC Unfiltered podcast.

“I think it will be an entertaining fight for sure.”

Nicco Montano is set to face off against Valentina Shevchenko in the co-main event of UFC 228. The live pay-per-view event will take place Sept. 8 in Dallas, Texas.