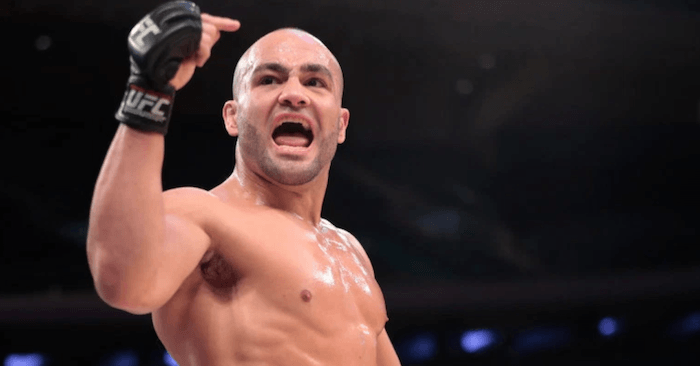 Eddie Alvarez has been a staple of the lightweight division across the entire globe for more than a decade.

He broke out on the Japanese scene, and instead of easily hopping into the UFC’s Octagon he took a gamble on the then new Bellator MMA promotion.

Eddie left Bellator and ascended all the way to UFC lightweight champion before getting knocked out by Conor McGregor.

Now, it appears as if things may come full circle, after a recent interview with Dana White revealed that Eddie is a free agent. White also encouraged Alvarez to explore other options.

White stated, “I like Eddie Alvarez. I like him personally and I like him professionally. He’s at an age now where he needs to make some decisions for his family in what will probably be the last contract that he signs for the rest of his career. You know, I’m going to place, if Eddie wants to go somewhere else then I’m cool with that, but if Eddie wants to stay I’d keep him here too. I told him that. I told him ‘look, if you want to finish your career here with me then I’d like that, and if you want to finsih your career elsewhere with someone else, then I have no problem with that either man.”

“When guys get to the point that it’s the last contract that they will ever sign, I understand. At the end of the day, what we’re looking for here are young guys that want to be champions. Young guys that believe they can be a champion in the UFC, or girls. If you feel that you can’t be and if you feel that there’s better decisions you can make at this point in your career for the last contract that you will ever sign, I absolutely understand that.”

Now, catching wind of what has to be one of the hottest new free agents on the open market, new Bellator boss Scott Coker just told MMAFighting.com that he’s down to sign the former two promotion lightweight champion.

“I don’t think we’ve talked to Eddie, but listen, if he wants to reach out and have a conversation and he’s truly a free agent and we’re not interfering in anybody’s contract, we would love to talk to him.”

“I think the guy has done a lot of good work in building his brand here in the U.S. Obviously, he’s had some great fights with Michael Chandler here in the past. We want to talk to every free agent out there that’s a big star, and I think Eddie is still a big star.”

Do you think Eddie should go back to Bellator?