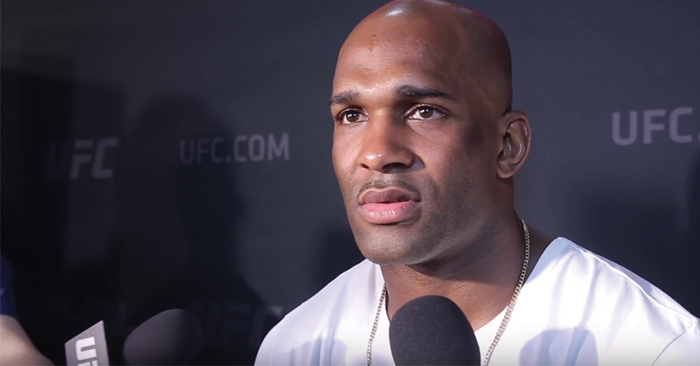 Expecting to fight in the upcoming UFC Fight Night 137 main event, English knockout artist Jimi Manuwa found out this afternoon that his opponent Glover Teixeira pulled out with an injury.

UFC Fight Night 137 is set to go down from within the Ginásio do Ibirapuera in São Paulo, Brazil on Sept. 22.

Short on words, Jimi took to twitter after news broke this afternoon with just a mad emoji.

As of this report, the UFC has yet to announced what’s next for the fight card or Jimi. It is possible that the UFC opts to keep him in the main event. But, losing a top billing Brazilian for a Brazilian card could mean Jimi gets pushed off entirely.