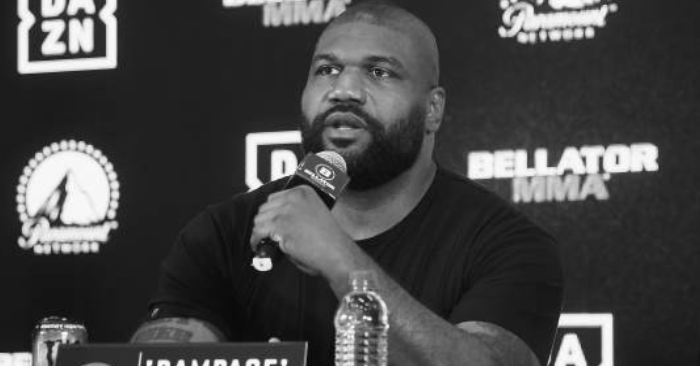 Former UFC light heavyweight champion Quinton Jackson is currently set to face on old rival inside the Bellator cage. That being said, it would appear that the former title holder has been involved in an accident.

Taking to Instagram, “Rampage” Jackson has revealed that he has been involved in an car accident. The veteran mixed martial artist says that he was struck by a truck.

However, Jackson says he still wants to fight. Check it out below.

“Rampage” Jackson is currently set to face off against Wanderlei Silva for a massive rematch. The two fighters have competed three times before, with Jackson having avenged two losses to Silva with a finish victory in their most recent match up nearly a decade ago.