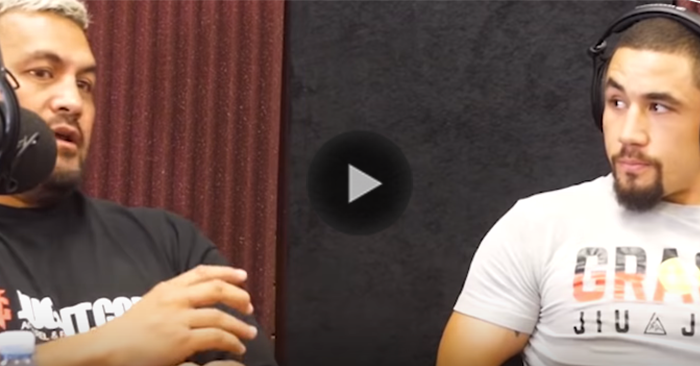 UFC heavyweight Mark Hunt and reigning UFC middleweight champion Robert Whittaker recently sat down to speak on the differences between professional mixed martial arts and street fighting. To the two veteran competitors, there is perhaps no comparison.

<"They come with these stories and I say, 'Oh, okay. Have you had one actual fight?' Hunt said. "I understand they try to make the connection, but there is no connection with street fighting and actually being a martial artist." "The fighting part, as hard as it is, that's the easiest part. Robert Whittaker later added/ You're there and you're barely even thinking. You're just doing what comes naturally to you." “It’s all the crap around it. It’s the lead up, the people trying to get in your ear weeks out. It’s all the training you got to do… that’s the hard part.”

Check out their full thoughts within the video below.