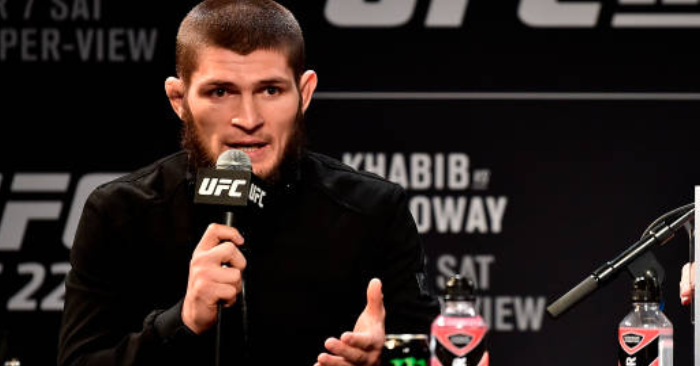 UFC lightweight champion Khabib Nurmagomedov first drew controversy from fight fans for allegedly mocking a pair of homeless individuals. Now it would appear that the reigning champion is getting attention from the MMA community for a recent statement concerning a hip-hop concert.

In June of this year, Alexander Aliev and Navai Bakirov of the rap duo HammAli & Navai performed in Dagestan. Well, Khabib Nurmagomedov has since posted a video of the performance to his Instagram and has decided to offer a criticism on the performance.

“Modern Dagestan. Is this what was bequeathed to us by righteous predecessors?” Nurmagomedov stated. Check it out below.