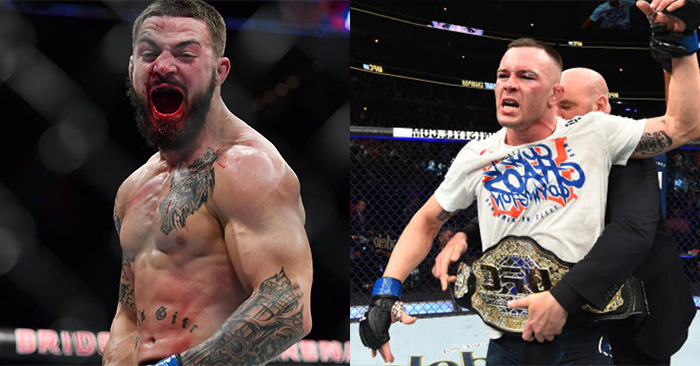 UFC welterweight Mike Perry is currently set to throw down with MMA veteran Donald Cerrone. That being said, the talented knockout artist recently offered a few words on what he would like to do to interim UFC welterweight champion Colby Covington inside the octagon.

Speaking on the Submission Radio podcast, Mike Perry offered his thoughts on the matter.

“If we go off of anger issues and fuckin’ Colby Covington is just a little fucking bitch, then I’ll take that fight all day. But Till would be great out of respect and skill, and I respect what the kid has done. Shit, I respect – I mean, Colby’s got the fuckin’ interim belt, so I don’t respect him for that. But, he did something that I have not done yet, so I know he’s talented as far as fighting goes. His strength, his wrestling capabilities, his cardio, it’s all there. He trains his ass off. But I’d get in there with him and try to cut his face open.”

“Colby Covington, technically he hasn’t been stripped yet. He doesn’t get stripped until they fight for the title. So, I mean, the guy’s got really good cardio. Actually, Darren Till had that so say about Colby. Colby runs in the mountains every day. This motherfucker has good cardio and he puts the pressure on people. He just leans on people. I feel like it’s not a very dangerous fight as far as getting injured, getting hurt, getting busted up by Colby, but his ability to lean up on you and stop you from using your game is strong. It’s strong. That’s why his wrestling background is good. You know, fuck him though. I’ll fucking cut his ass up. You wanna lean on me? You can’t just lay on me in a fight. I’m gonna fucking stab you in the eye with my thumb if I have to.”

Mike Perry is set to fight Donald Cerrone at UFC Fight Night 139 on Nov. 10 from within the Pepsi Center in Denver, Colorado.