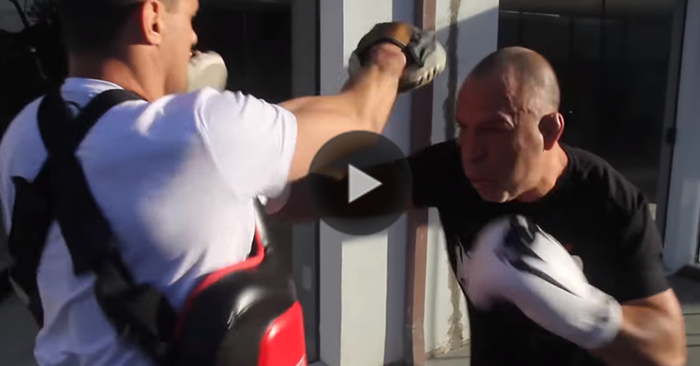 Mixed martial arts veterans Wanderlei Silva and Quinton “Rampage” Jackson are now set to throw down in an intense rematch, making for the fourth time the two fighters will have met inside the cage. Now a video of Silva hitting the pads ahead of the fight is making its way around the internet.

Now Silva and Jackson are set to face off at Bellator 206 on Sept. 29 in San Jose, Calif. Now video of Wanderelei Silva training ahead of the big match up is getting the attention of fight fans.

“I want to see you there man, straight in front of me and go toe-to-toe,” Silva said to the camera after a few rounds of hitting the pads. “I know you’re gonna try to take me down and I have a surprise for you. You’re not man enough to stand with me.”