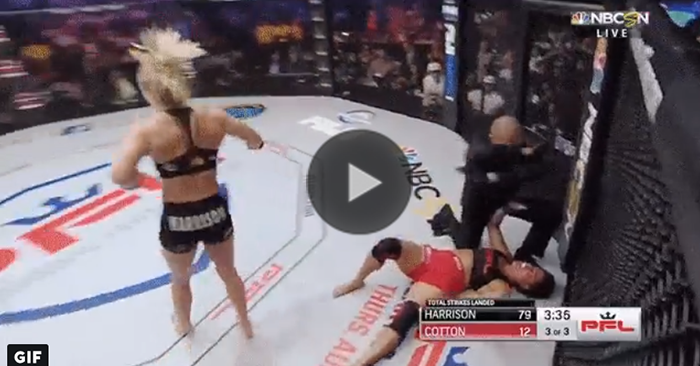 Former UFC women’s bantamweight champion Ronda Rousey first made waves within the world of combat sports by earning a bronze medal in the Olympics as a judoka. Now Olympic gold medalist Kayla Harrison is beginning to take the world of mixed martial arts by storm.

Harrison made her sophomore MMA performance on Thursday under the banner of the Professional Fighters League (PFL). When the fighter made her debut under the promotion, Harrison earned a first round submission victory over Brittney Elkin.

In her latest match up, Harrison earned a third round TKO win over Jozette Cotton. Check out a replay of some of the action down below.