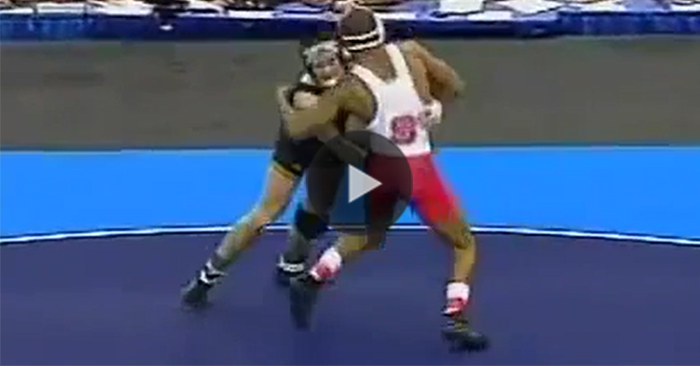 Bellator bantamweight champion Darrion Caldwell is a mixed martial arts phenom. That being said, the talented fighter also has a history as a talented amateur wrestler.

Back in 2009, Caldwell became the NCAA national wrestling champion at 149 pounds. Now fight fans can catch a glimpse at the fighter’s grappling prowess, as a video of the stunning NCAA championship match has made its way to the internet.

Watch Darrion Caldwell put on a stunning performance for NCAA fame within the footage provided below.