UFC women’s strawweight Tatiana Suarez earned a stunning victory over the weekend. Now it would appear that the talented mixed martial artist has risen in the official UFC rankings.

Tatiana Suarez earned a third round TKO victory over Carla Esparza at UFC 228 on Saturday. The fighter has since soared to rank No. 4 within the division.

Here is the UFC’s explanation for the rankings system.

“Rankings were generated by a voting panel made up of media members. The media members were asked to vote for who they feel are the top fighters in the UFC by weight-class and pound-for-pound. A fighter is only eligible to be voted on if they are in active status in the UFC. A fighter can appear in more than one weight division at a time. The champion and interim champion are considered to be in the top positions of their respective divisions and therefore are not eligible for voting by weight-class. However, the champions can be voted on for the pound-for-pound rankings.”

Check out the full series of changes in the rankings down below, as provided by UFC.com. 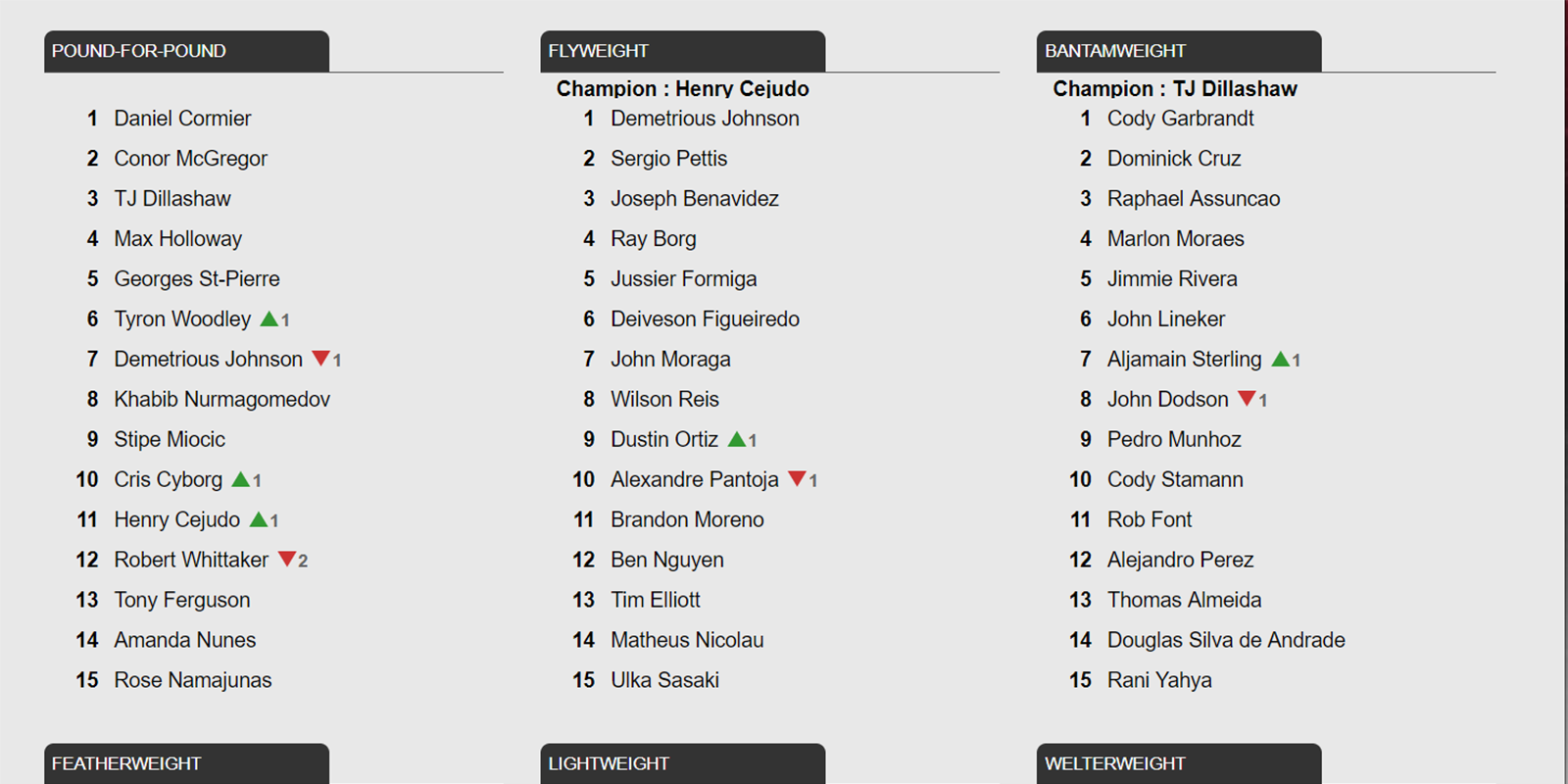