Following the fracas that occurred after UFC 229’s stunning main event, the NSAC has since frozen UFC lightweight champion Khabib Nurmagomedov’s $2 million payday. Beyond that, Nurmagomedov is threatening to leave the UFC if his teammate is not reinstated after being banned for his part in the UFC 229 brawl.

Speaking in a recent interview, Nurmagomedov’s manager Ali Abdelaziz went on to decline the offer and criticize 50 Cent for the “garbage” deal.

“For $2 million, He will not open a Coca-Cola bottle.” Abdelaziz told TMZ Sports. “Khabib makes a lot of money. You want to talk about $50 million and up, then we can talk. $2 million is garbage.”

Now taking to social media, 50 Cent has issued a critical message to about Ali Abdelaziz. While the message has since been deleted, a screen shot of the statement may be viewed below.

“Another case of bad representation, This Fool in a cheap suit talking big money.” 50 Cent said. 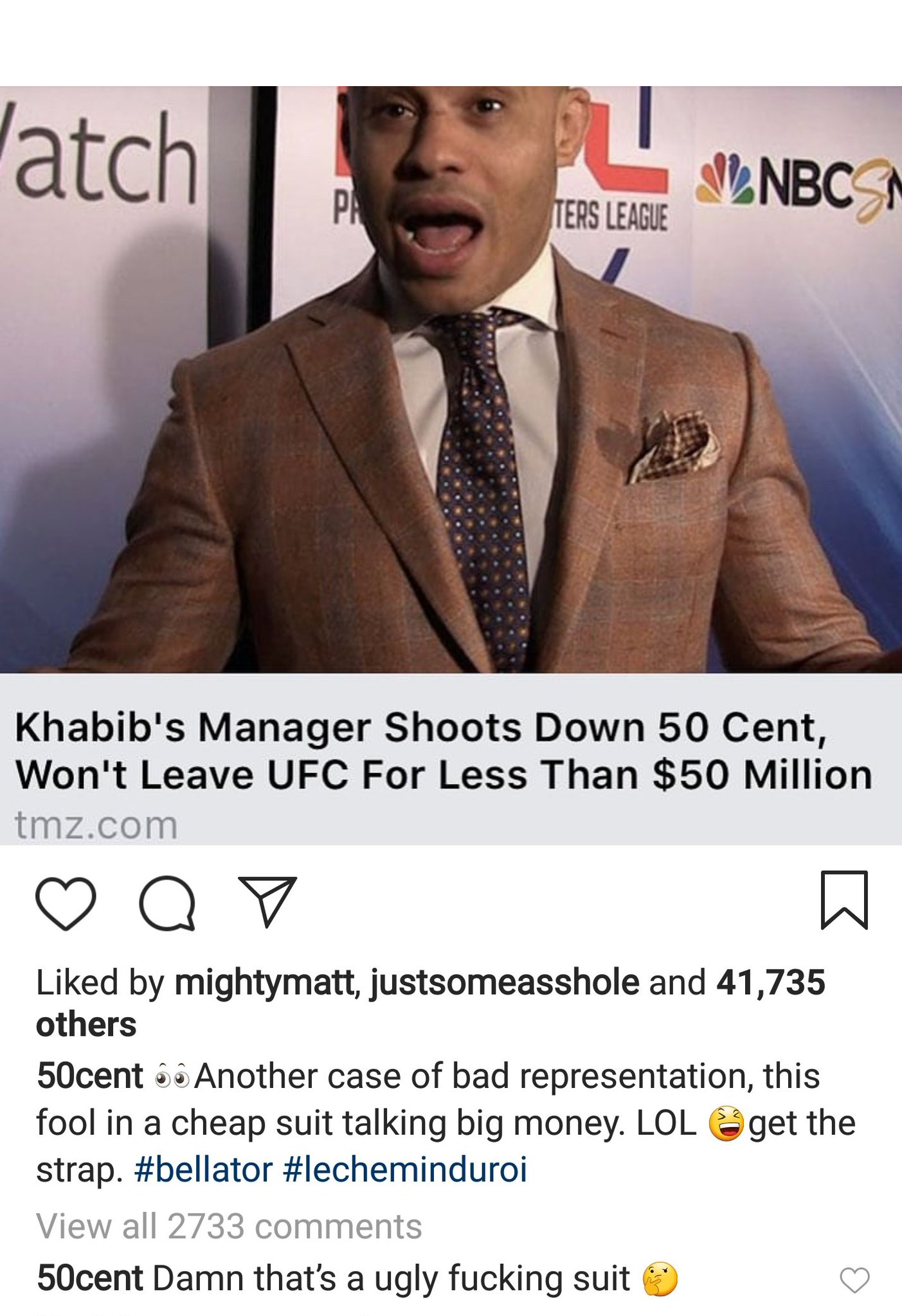