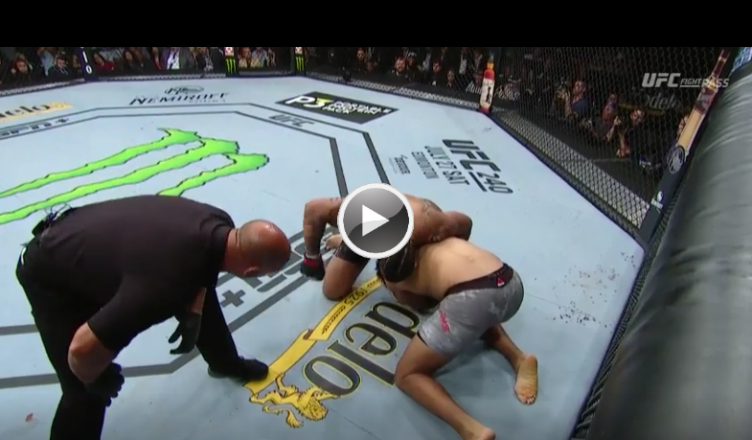 The former Carolina Panthers defensive end Greg Hardy (4-1-0) is coming back this Saturday to prove once again that this is not just an adventure for him, but rather the obsessive dream about becoming the champion. However, on the other side of the octagon is the giant of a man Juan Adams (5-1-0) who will do his best to crush the dreams of the more popular Hardy.

As most of us had predicted, the fight was over quickly. Hardy was creating all sorts of problems early with his stiff jab which forced Adam to shoot for a takedown. Hardy finished on top and quickly closed the show with the barrage of punches.

Round 1 – Hardy comes out aggressive and lands an early jab. Adams takes the center and starts swinging but Hardy catches him with another right. Adams shoots for a takedown but Hardy reverses and starts landing heavy shots!!! He is all over Adams!!! Adams is not defending himself!!! The referee steps in and stops the fight!!!